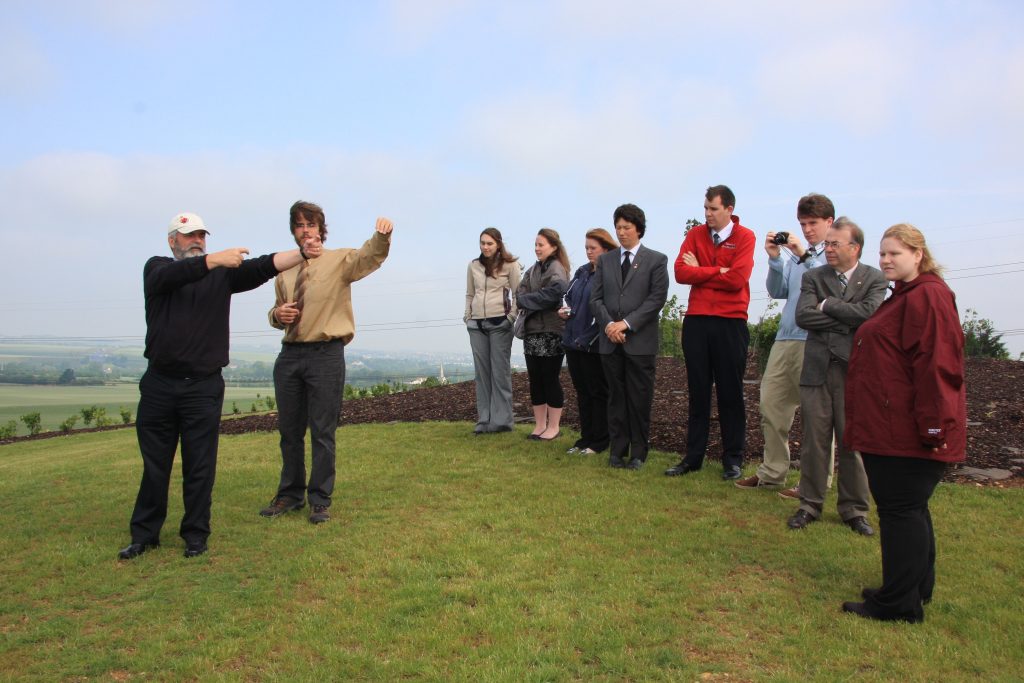 The Canadian Battlefields Foundation has created a bursary fund so that young men and women from Canada can visit and learn, on the actual battlefields, what the youth of Canada contributed to their freedom. These sacrifices gave Canada international stature and influence and made Canada a significant force for peace in the world.

The bursary fund, a truly living memorial, has allowed the Foundation, beginning in 1995, to partially finance 12 university students, each year, from across Canada to study in Europe. The participants experience first hand how deeply grateful the people of Europe remain to Canada generations later.

While Canadian students were not present at the ceremonies this year, members of the The Canadian Battlefields Foundation from both Canada and France, joined in the commemorative ceremonies for the 78th anniversary of D-Day, on June 6th 2022. Photos from the ceremonies at the L’Abbaye d’Ardenne, Place de l’Ancienne boucherie and Jardin Canadien du Mémorial shown

﻿ In partnership with the Canadian Battlefields Foundation, the Juno Beach Centre Association and the Gregg Centre for the Study of War and Society, the Laurier Centre for Military Strategic and Disarmament Studies is pleased to announce the Maple Leaf Route Webinar Series. Every two weeks from May to September, we will be following Canadian and British Commonwealth soldiers

Now in its 26th year, the Canadian Battlefields Foundation Study Tour is intended for Canadian university students who want to learn more about the role Canadians played in the liberation of Europe in the World Wars. This year’s tour, led by Professor Geoff Hayes (University of Waterloo), Professor Graham Broad (Kings College), and Professor Scott Sheffield (University of the

We had a busy past few days as we visited many military cemeteries and D Day Academy which was a military museum filled with trucks and Canadian, American, and German military equipment and guns. Today (June 5th) we started off the day by learning about Operation Epsom by looking at Hill 112 which was described as “Just like Verdun”. Chances here for death was high unless you