Now in its 26th year, the Canadian Battlefields Foundation Study Tour is intended for Canadian university students who want to learn more about the role Canadians played in the liberation of Europe in the World Wars. This year’s tour, led by Professor Geoff Hayes (University of Waterloo), Professor Graham Broad (Kings College), and Professor Scott Sheffield (University of the Fraser Valley) will visit Ypres, the Somme, Vimy Ridge, and the Netherlands and will mark the 75th anniversary of Victory in Europe and the Liberation of the Netherlands. 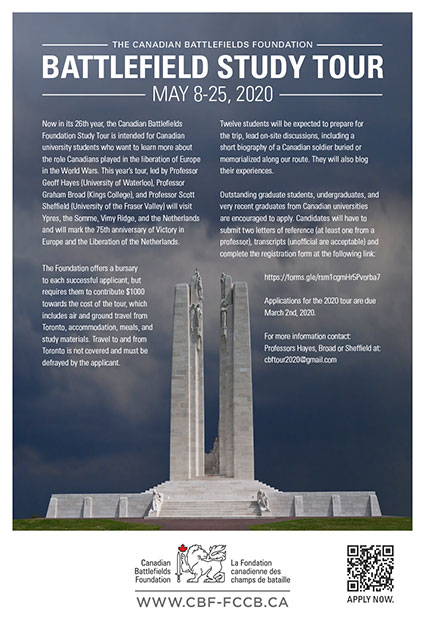