We had a busy past few days as we visited many military cemeteries and D Day Academy which was a military museum filled with trucks and Canadian, American, and German military equipment and guns. Today (June 5th) we started off the day by learning about Operation Epsom by looking at Hill 112 which was described as “Just like Verdun”. Chances here for death was high unless you were bunkered down or on high ground. Next, to Point 67 where there was continuous action for 3 weeks to a month which was interesting. It was eye opening and informative to learn more about our history. 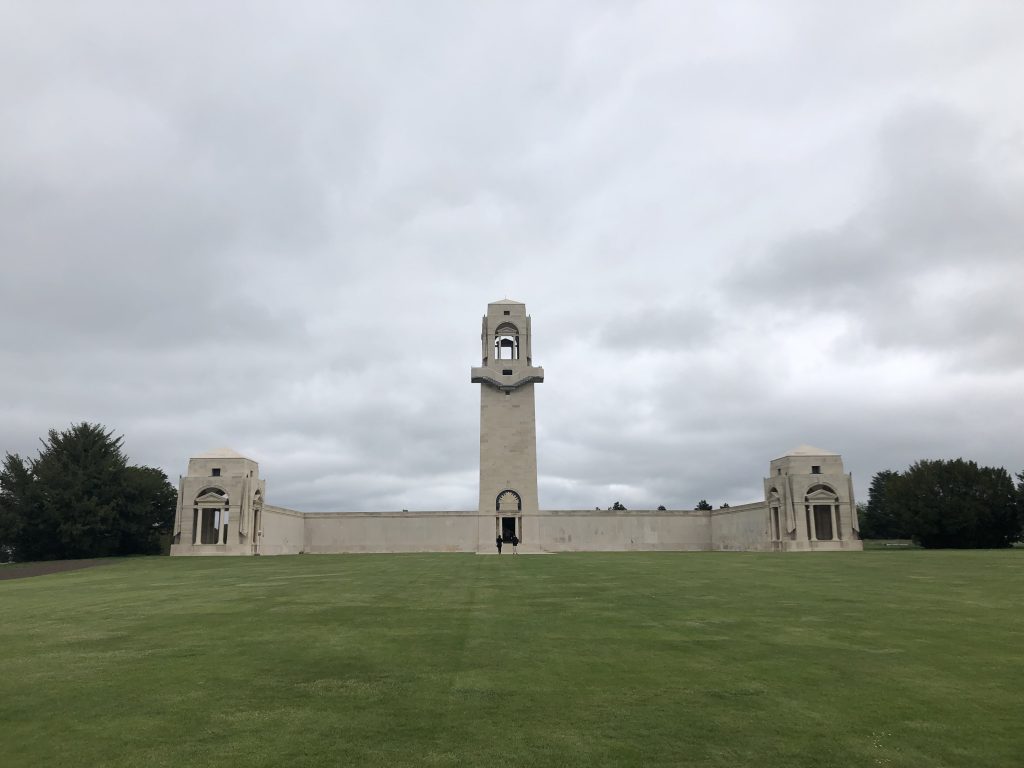 Today was probably one of the most interesting days that I have found thus far. Starting of at the Australian memorial and monument for the First World War along with the Sir John Monash Center. This memorial was definitely one to remember as the way they told their story through their various films, posters, and artifacts was impressive. I was very happy to have been able to go to that memorial and pay my respects. We also spent the time to visit Dury Cemetery where we visited more graves of fallen soldiers. Following that we went on to learn about the Canal du Nord from one of the other students that did a presentation on it. I was not too familiar with this battle before the presentation, yet I learnt that there were 12 Victorian Crosses awarded. To end off our day we visited the Museum of the Great War in Perrone. I found this museum interesting as it had artifacts and Britain, French, Canadian, German, and American uniforms and what each soldier carried on their person each day. For the second time today, I had another great learning experience at a museum that I will never forgot.

Wow, day #7 already! What an experience this has been for all of us, with so much more to come in the next nine days. We are all very fortunate to have this experience with such knowledgeable leaders and passionate fellow-students. 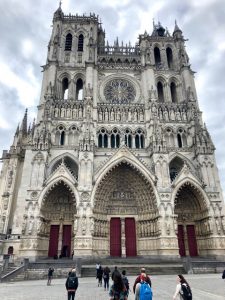 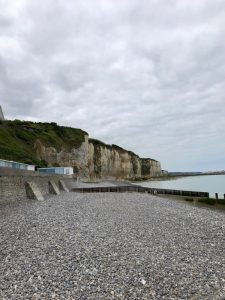 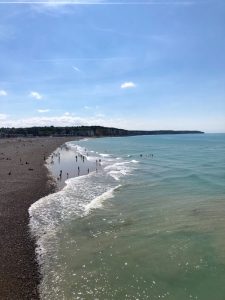 As you can see from the previous blog posts, we have had very busy days full of visits to WWI monuments and cemeteries. Personally, after dinner it is all I can do just to make it to my bed before falling asleep! So much learning and absorbing has been insightful and educationally inspiring, but we were all feeling some slight burn-out by day #7. Thankfully, today gave us the rest our brains needed to be rearing and ready-to-go as we head into the WWII portion of the tour!

This morning we packed up from our beautiful houses just outside of Albert, Northern France, and started with a stop at a cemetery just outside of Amiens. Our leader, Dr. Marc Miler, is an honorary colonel of the 403 Helicopter Squadron, so we stopped to visit the graves of two members of this squadron, both killed during WWII. From there we drove to Amiens for just over an hour of free time to wander and see the largest cathedral in France!

Another hour and a half drive finally got us to the coastal city of Dieppe. A quick lunch break, and then we headed onto the beach to listen to presentations from Kyle (general overview of the Dieppe Raid) and Haley (focus on the Royal Regiment of Canada’s experience on Blue Beach during the Dieppe Raid). Afterward, Dr. Milner shared with us his thoughts and knowledge on the topics, and then we were right back into the vans and heading into central Dieppe.

We all noticed right away that Dieppe had a key difference from the wide-open country we had become accustomed to: PEOPLE! Dieppe is a very busy tourist town, especially with the upcoming D-Day ceremonies and the fact that yesterday was a French holiday.

We got checked into our hotel and freshened up before walking down to the beach, which is one minute from our hotel! Right away we saw monuments dedicated to the Canadians who died during the Dieppe Raid, some having been erected within the last few years. Surprisingly, the soldier I am doing my presentation on was commemorated on one of the newer monuments. Victor Fredrick Olliffe was a trooper in the 14thCalgary Tank Regiment, and I look forward to sharing his story with the group and honouring his sacrifice tomorrow at the Dieppe cemetery. We listened to a presentation from Jacob (focus on the Royal Hamilton Light Infantry’s experience on Red and White Beach during the Dieppe Raid), and then our wise leaders on the happenings of August 19th, 1942.

Finally, at about 3:30pm, we were set free for the rest of the day! Roaming along the seawall and exploring the city at a leisurely pace gave us the break we all needed. Dinner, then some time spent soaking up the sun on the beach, and its already time to get ready for tomorrow!

Here’s to another nine days of learning, honouring and experiencing. 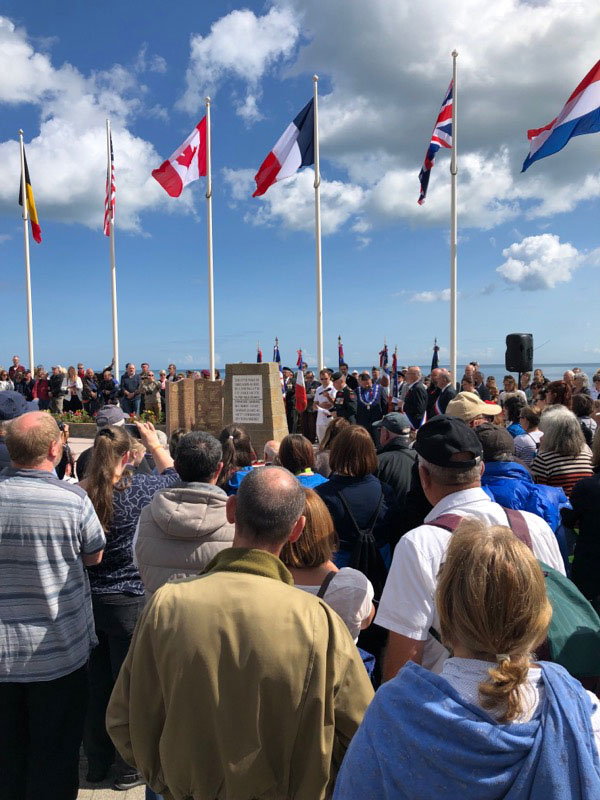 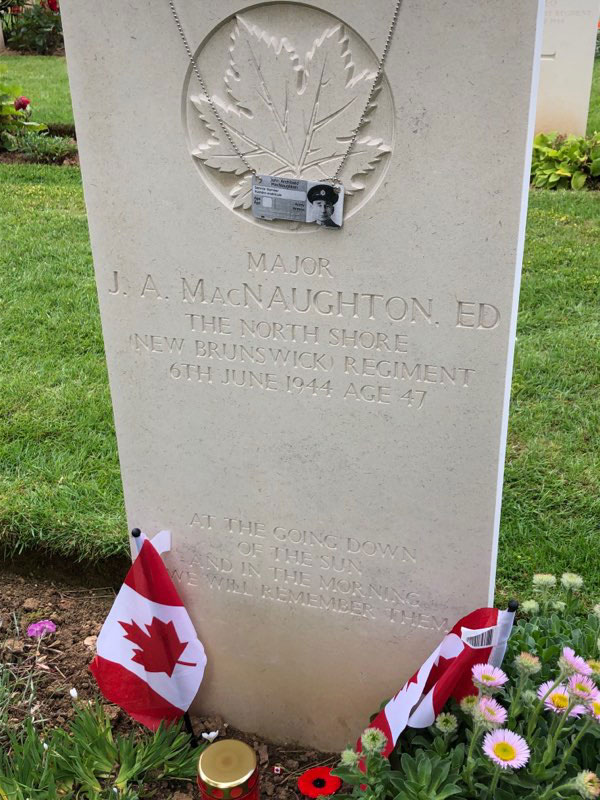 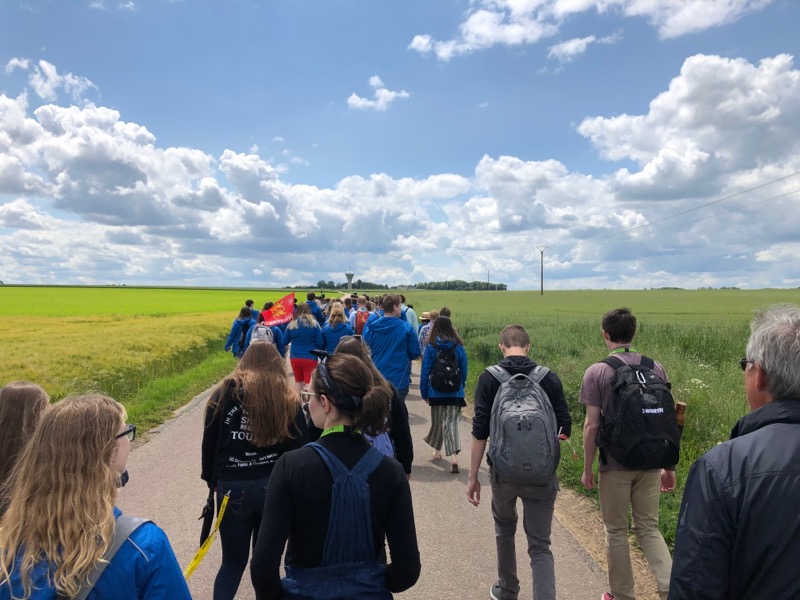 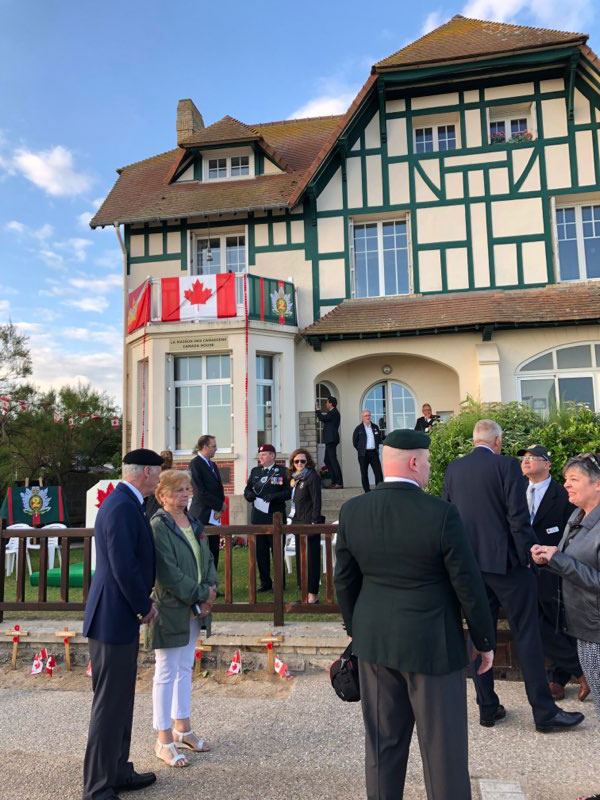 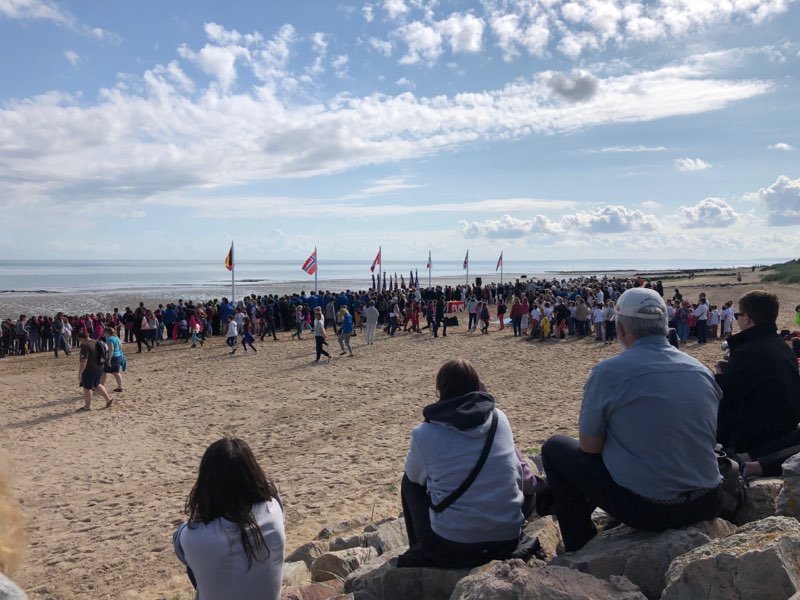