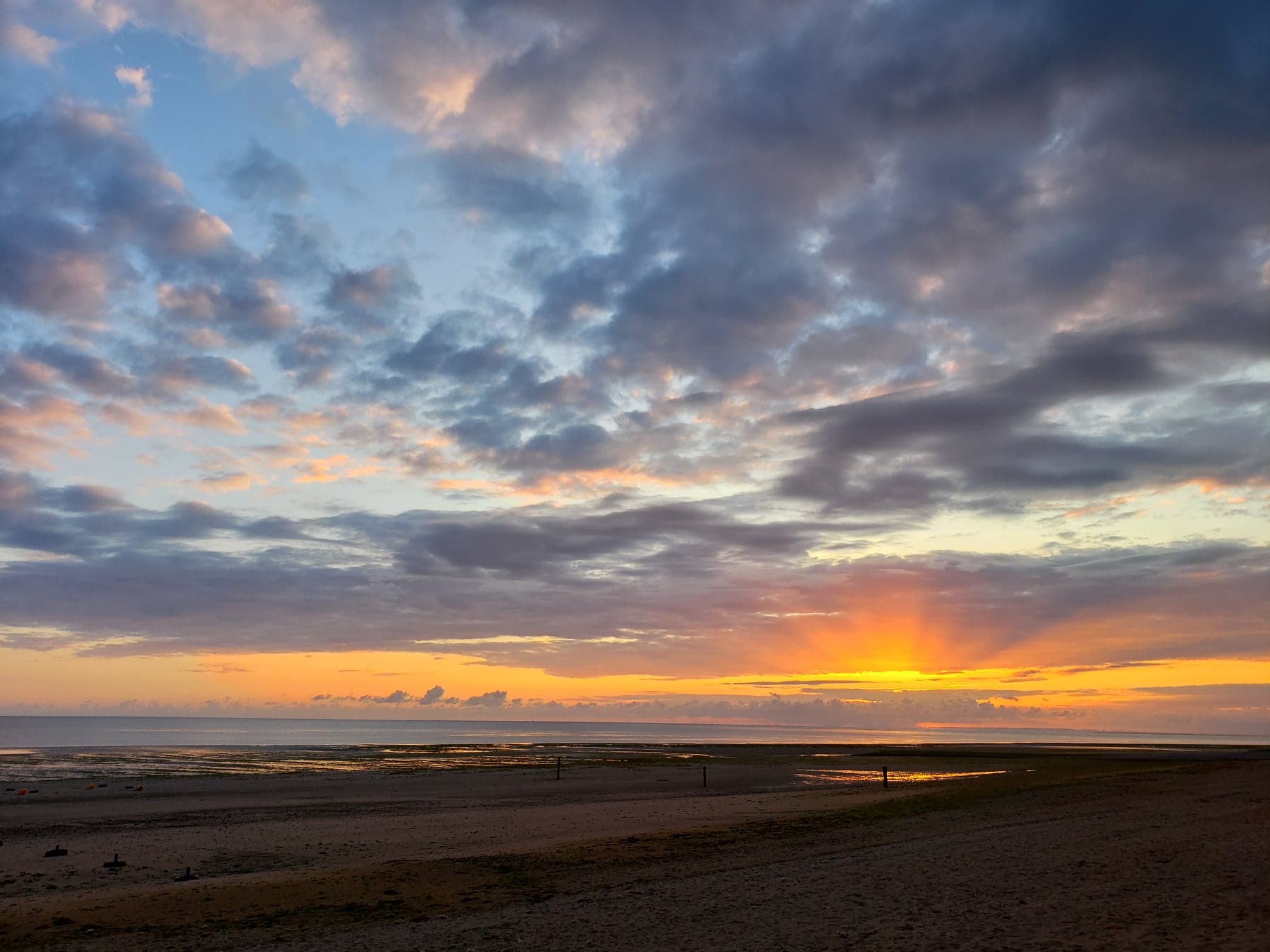 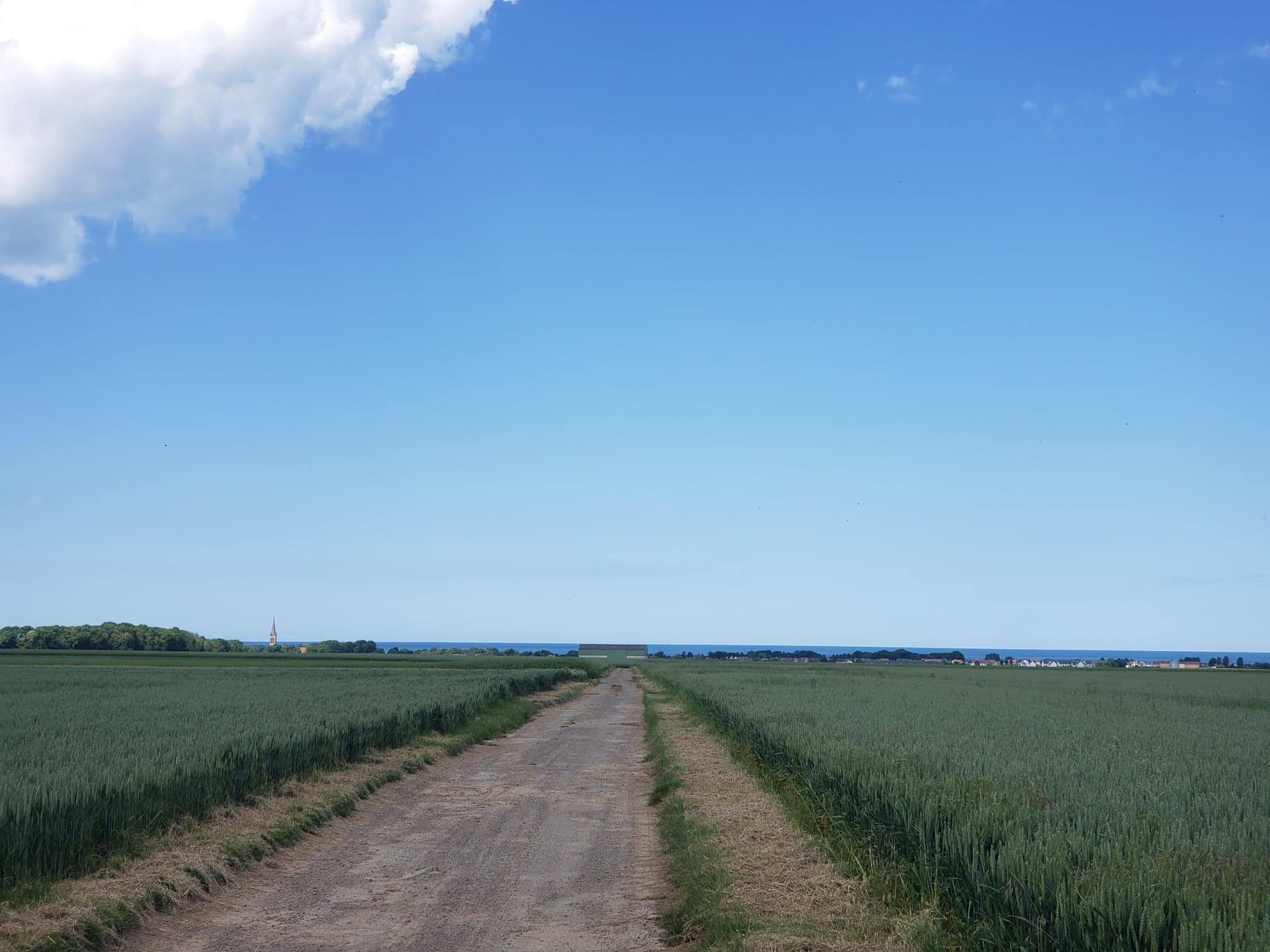 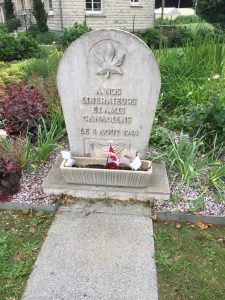 Today we went to the D Day Academy to get a firsthand experience of some of the weaponry and machinery used in the European Theatre. The gentleman who runs it, Jean-Pierre, was very nice and encouraged us to pick up guns and climb over the vehicles. I love that sort of stuff, so I was really in my element. My favourite pieces of the collection were the MG-42, the Panzerschrek, the anti-aircraft gun that still swung around, and the ride in the field command truck. He also had a large cross of Lorraine French flag, which I’ve been looking for while here. One of the men there told me that I likely will not find one, and I’m better off making my own. In a way, that makes it more authentic considering the Free French would have had to make their own as well.

We made many stops throughout the day, but the one that sticks with me the most is the Abbaye d’Ardenne. Twenty Canadian prisoners of war were executed there by the 12th SS Hitlerjugend in the days following D-Day. The mood inside the courtyard was somber and eerie, and made more so by the dreary, rainy weather. When we walked out the courtyard, we heard a trumpeter playing Last Post and Reveille from the monument across the wall. Everyone in the group instinctively came to a halt to listen. I think everyone felt the same thing I did; a profound sense of loss and respect for those men. We all paid our respects with an impromptu moment of silence after the trumpet had gone quiet. This was truly a moving experience, and one we shared collectively.

Lastly, I got to do my first presentation, which was on the North Shore Regiment at Carpiquet. I used an old essay I wrote in my undergrad as the basis, and used Marc Milner’s book D Day to Carpiquet for additional information and a quote that contradicts the prevailing narrative that the battle (part of Operation Windsor) was a failure. Despite the rain, I think it went well. Overall it was a fantastic day. I’m looking forward to the D-Day ceremonies in a few days!

Our day began with a trip to the WWII cemetery at La Cambe, where German soldiers of many ranks and divisions are buried, including soldiers of the German SS. An academic interest in forms of commemoration carried me as far as the front gates, but I did not go further.  My family lived in the Netherlands during the Nazi occupation there; the memories of the fear and pain they endured weighed heavily on me as I stood at the gate looking in. I could not enter a space where men like the ones my family encountered were laid to rest. The experience was an emotional and difficult one for us all.

Although I struggled with my emotions at La Cambe, I was deeply impressed by the groups of German soldiers we encountered throughout the day, at La Cambe, Pointe du Hoc, and Overlord Museum. As a group they were respectful, thoughtful, and interacted with their nation’s history straightforwardly and honestly. I was struck by the fact that I could stand among them without fear, an experience so different from that of my grandparents, and I was thankful in a new way for the sacrifices made to bring peace and rebuild a better world.

We took the evening off to explore the city of Bayeux, home of the famous Bayeux tapestry and an exceptionally beautiful cathedral, where we were fortunate enough to hear the pipe.  One of the benefits of this trip is the ability to see history layered into a place as old as this cathedral.  The architecture and art spans hundreds of years, and the memorials dedicated in the church are still being added. What seems ancient and solid is really a living and changing space.