More than 150 people attended the Canadian Battlefields Foundation’s first ever gala dinner held on May 8th, 2015 at the Canadian War Museum. The aim of the event was to commemorate the 20th anniversary of the education branch of the CBF. Since 1995, more than 250 university students and no fewer than 40 history teachers at colleges and institutions of higher learning from all across Canada have benefitted from our sponsored study tours. This programme remains the cornerstone of the CBF. 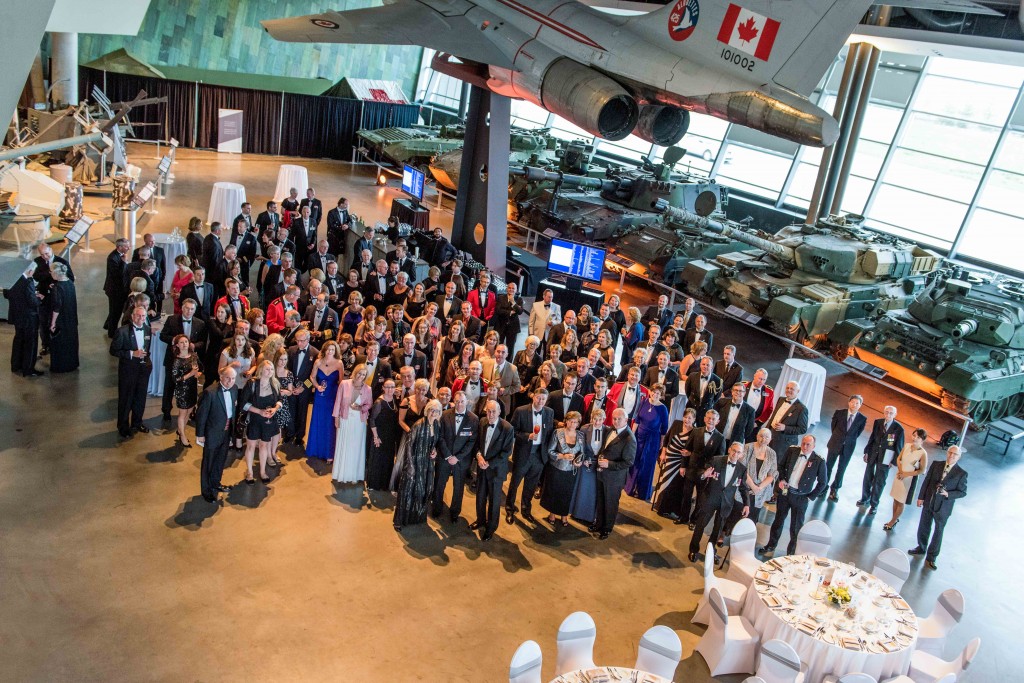 On arrival at the museum, guests were escorted by soldiers of the Royal Canadian Dragoons to the LeBreton Gallery for a cocktail followed by a sumptuous dinner. Throughout the evening guests were continually presented with photos of the foundation’s activities. Three veterans were in attendance: Mr. Orville Parker, a former leading seaman who served with the British Navy as a gunner and sailed on the aircraft carrier HMS Puncher from 1944 until 1946, Mr. Jim Sands, a former Flying Officer in the Royal Canadian Air Force who served in the UK Bomber Command during the war, and Mrs. Jean Spear, a former corporal of the British Army during the London Blitz who became a war bride in 1942 when she met and married George Spear of the Royal Canadian Engineers. Other guests included the Ambassador of Italy along with representatives of The Netherlands, Korea, France, USA, the RCMP and various foundations and organisations devoted to the remembrance of the sacrifice of thousands of Canadians soldiers. Of note, the attendance of the current Chief of the Defence Staff, Gen Tom Lawson and three former CDS, Gen Paul Manson, Gen Maurice Baril and Gen Ray Henault. 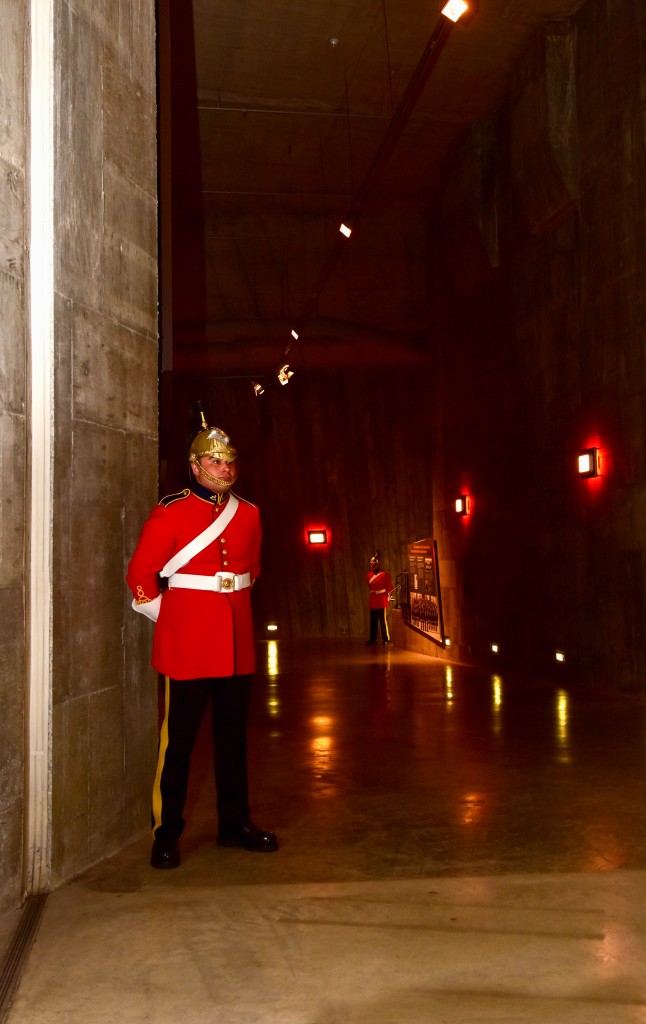 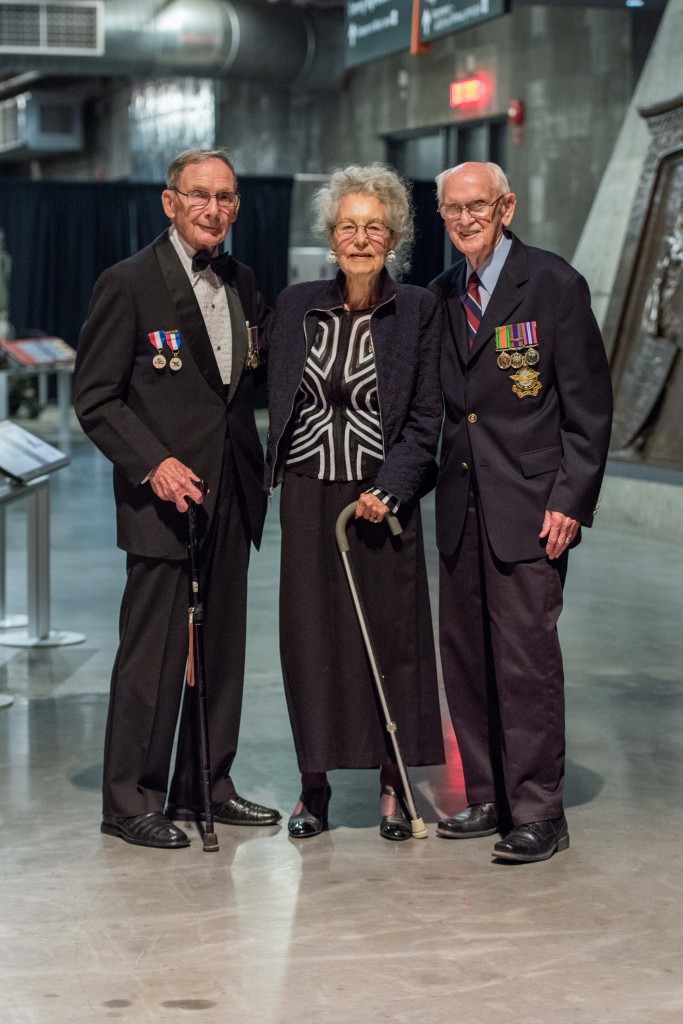 Former CBF President and tour alumni, BGen Dave Patterson, gave a brief exposé on the foundation’s education programme and introduced the 12 university student’s part of this year’s study tour. The group was to embark the next day for Belgium and The Netherlands and the gala dinner served as the official start of their journey. 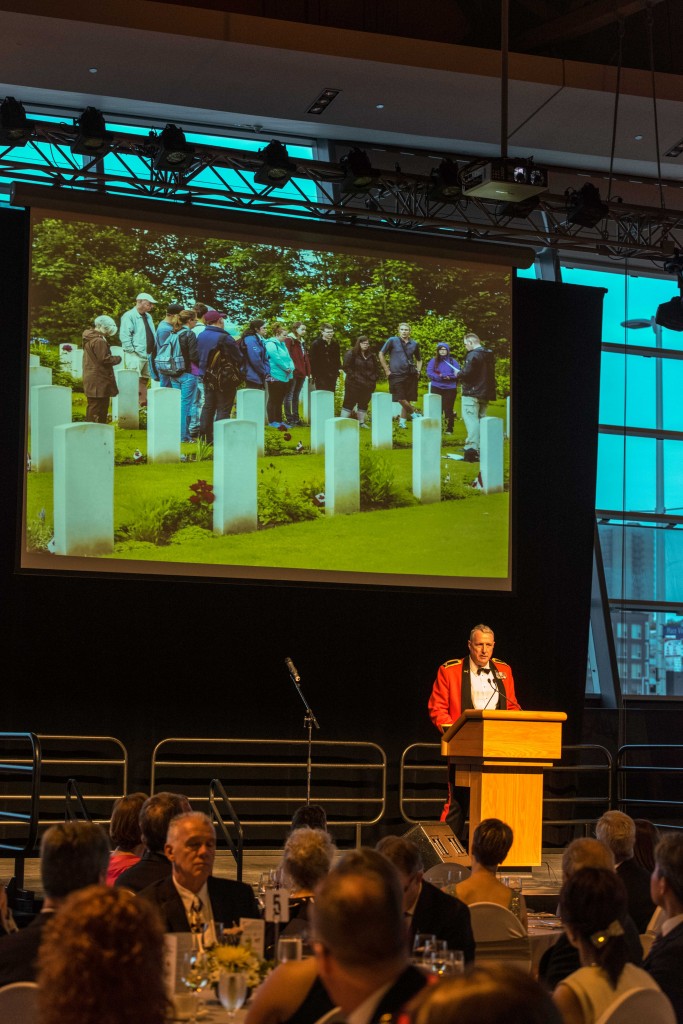 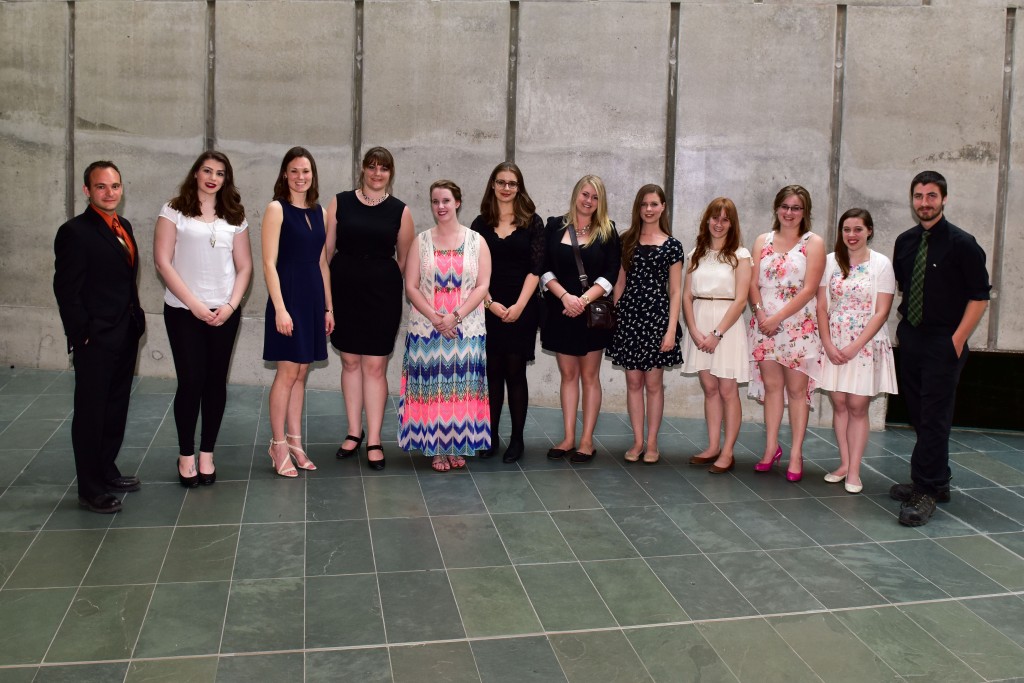 Our President, LGen Marc Lessard welcomed all guests and proudly introduced our Honorary Patron, the Right Honourable Beverley McLachlin, P.C., Chief Justice of Canada who reminded all of the importance to never forget and the balanced relationship between the past and the present. Our Vice-President France, Mr. Hervé Hoffer thanked the Chief Justice and presented her with a D-Day Landing 70th anniversary medallion brought from France. 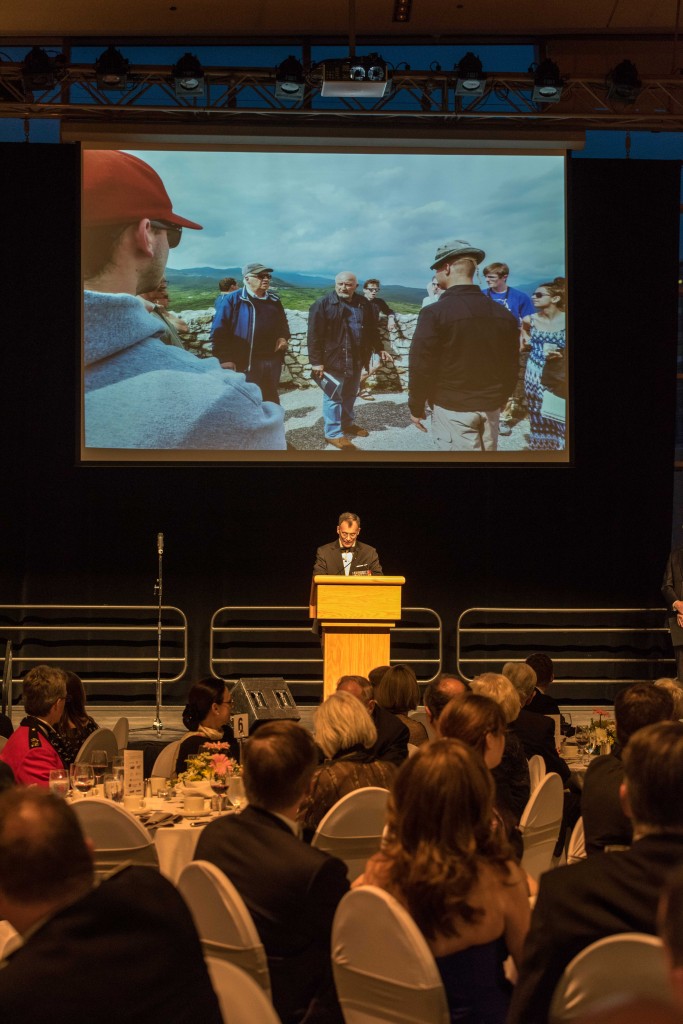 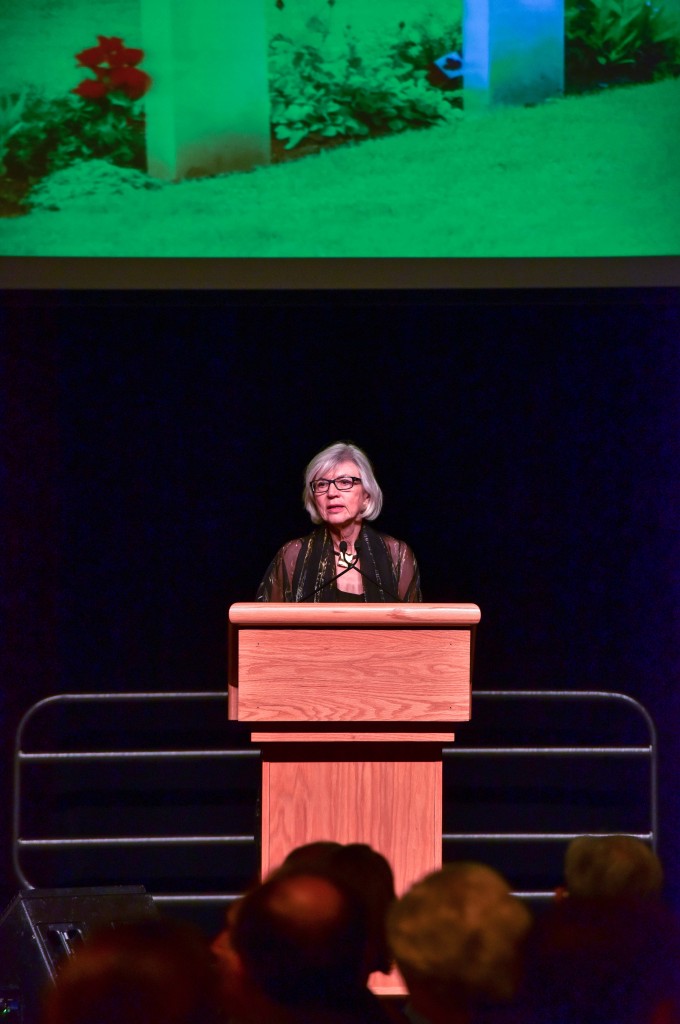 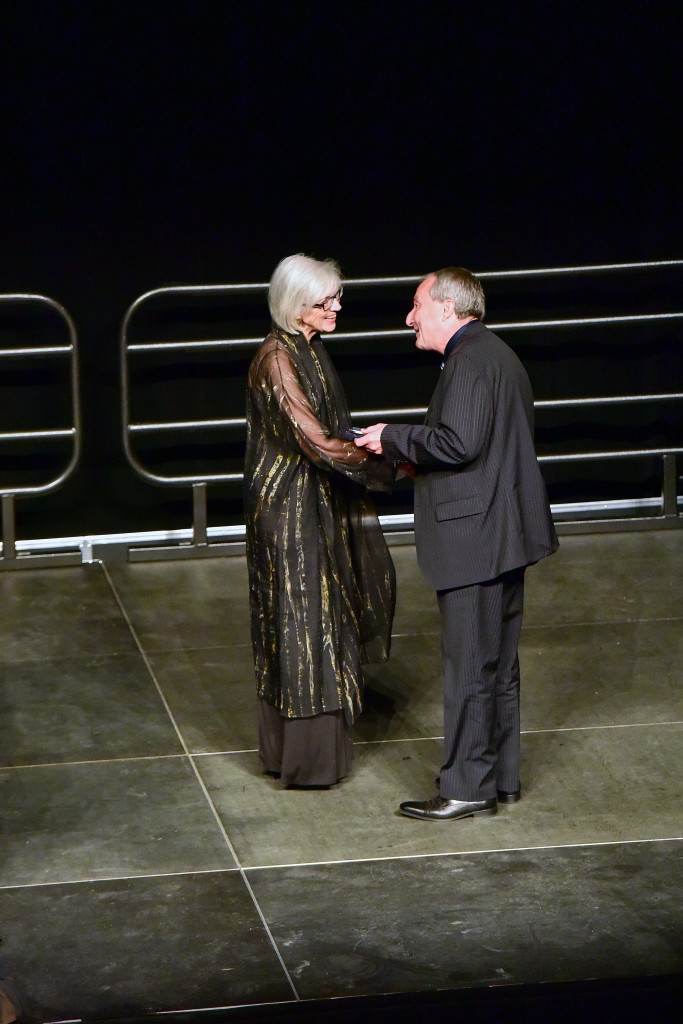 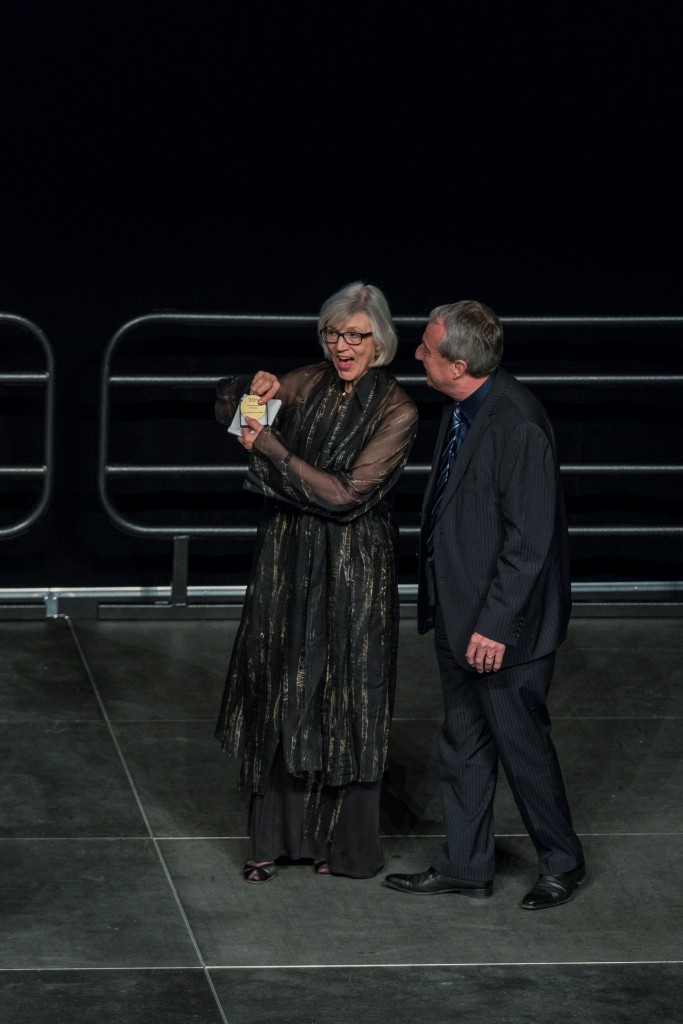 A very moving moment came when MGen Clive Addy, a former CBF President, proposed a toast to absent friends and fallen comrades. MGen Addy eloquently talked about the late Hamilton Southam, our founder, Gen Roland Reid, our first President, LGen Charles Belzile, our guru and ‘’motivator’’, and other remarkable senior officers such as BGen Sydney Radley-Walters and Col Ernest Côté who both passed away recently. MGen Addy concluded by highlighting the arduous efforts of MGen Claude LaFrance, our past President and Korean War veteran who passed away while in office in July 2014. 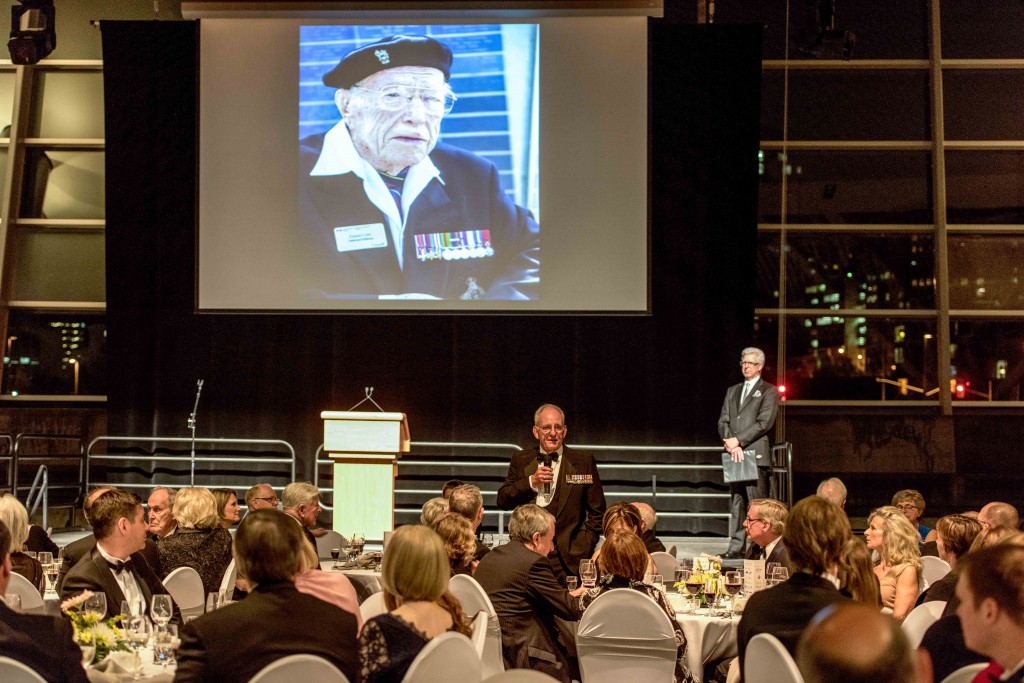 Guests were entertained throughout the evening by the great music of The Regimental Band of the Governor General’s Foot Guards under the direction of LCol Fran Chilton-Mackay. 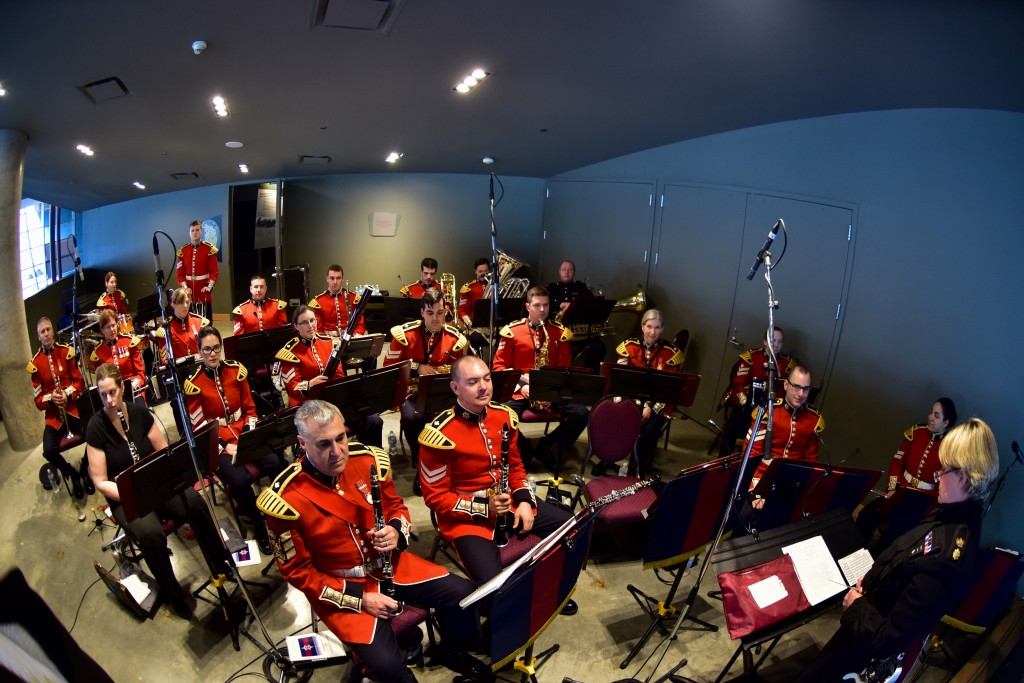 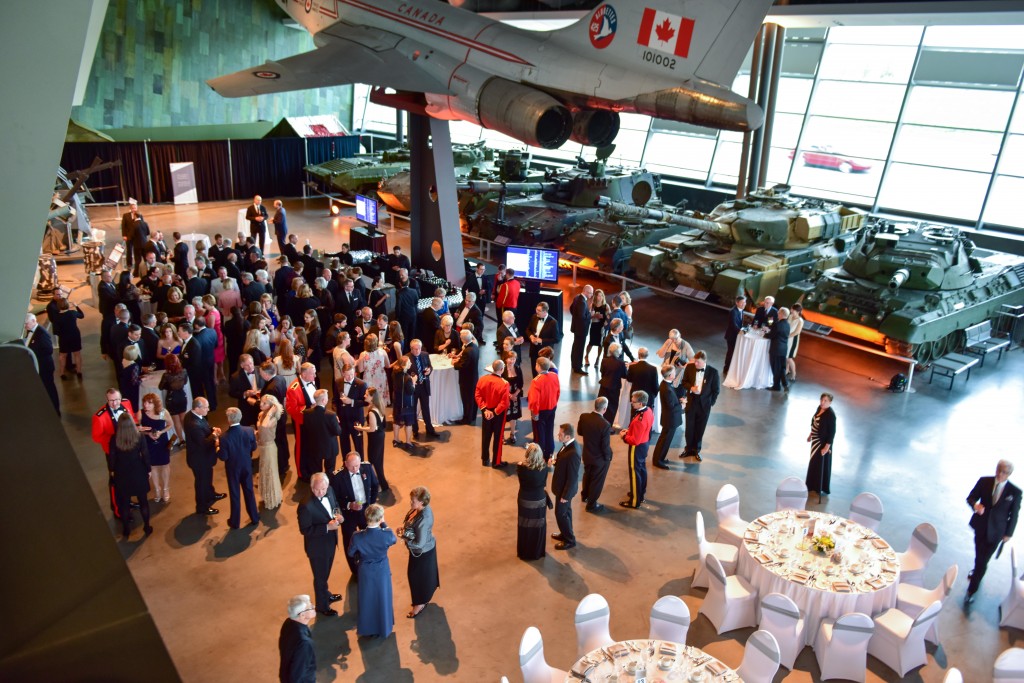 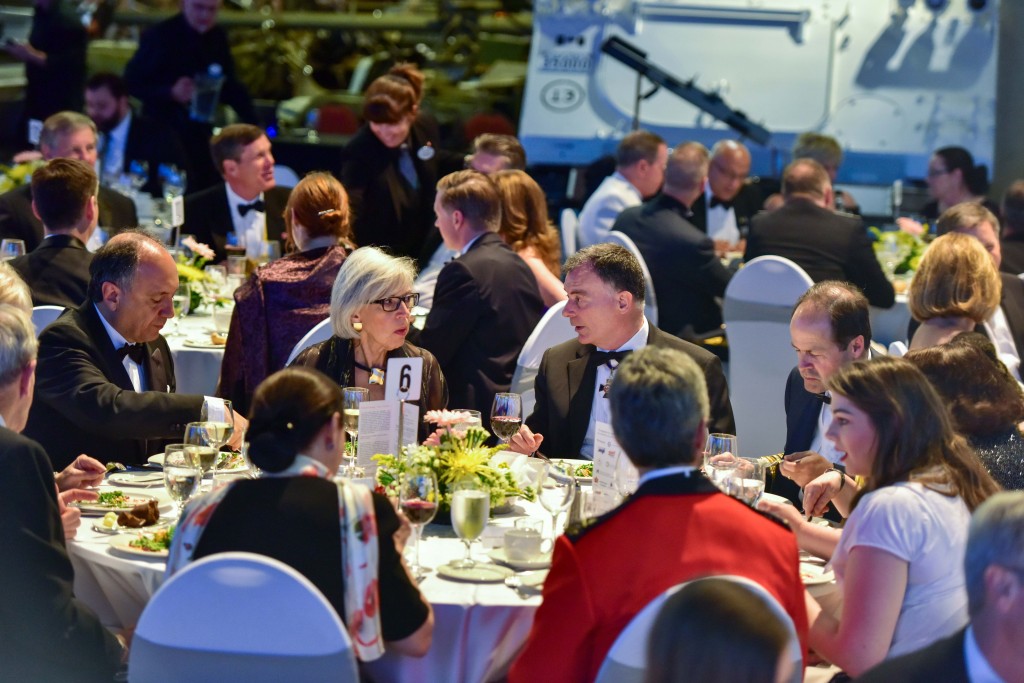 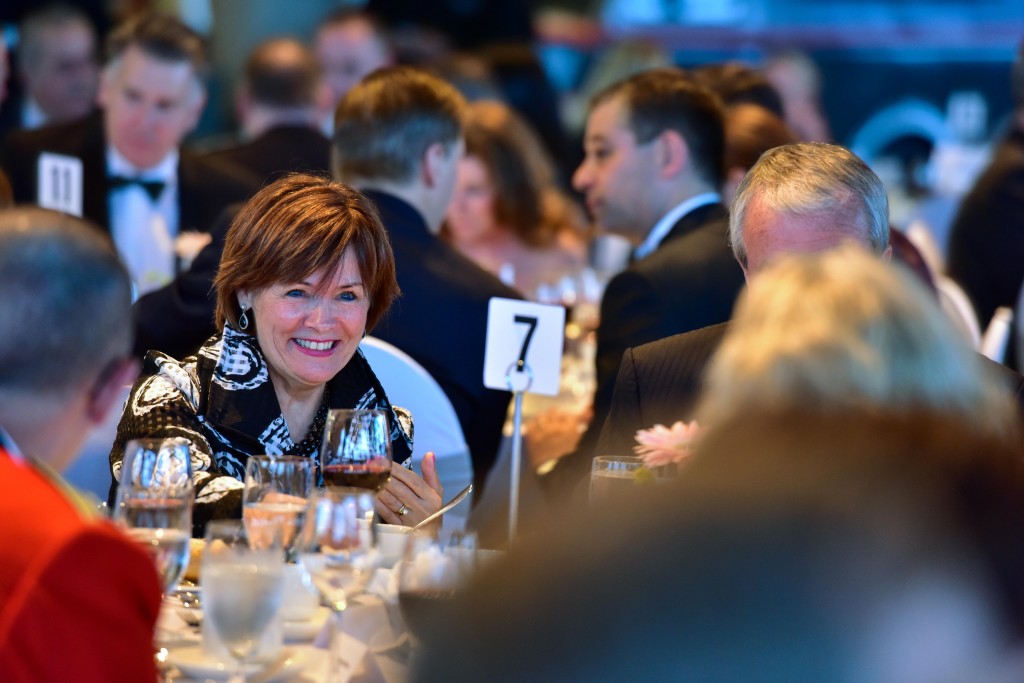 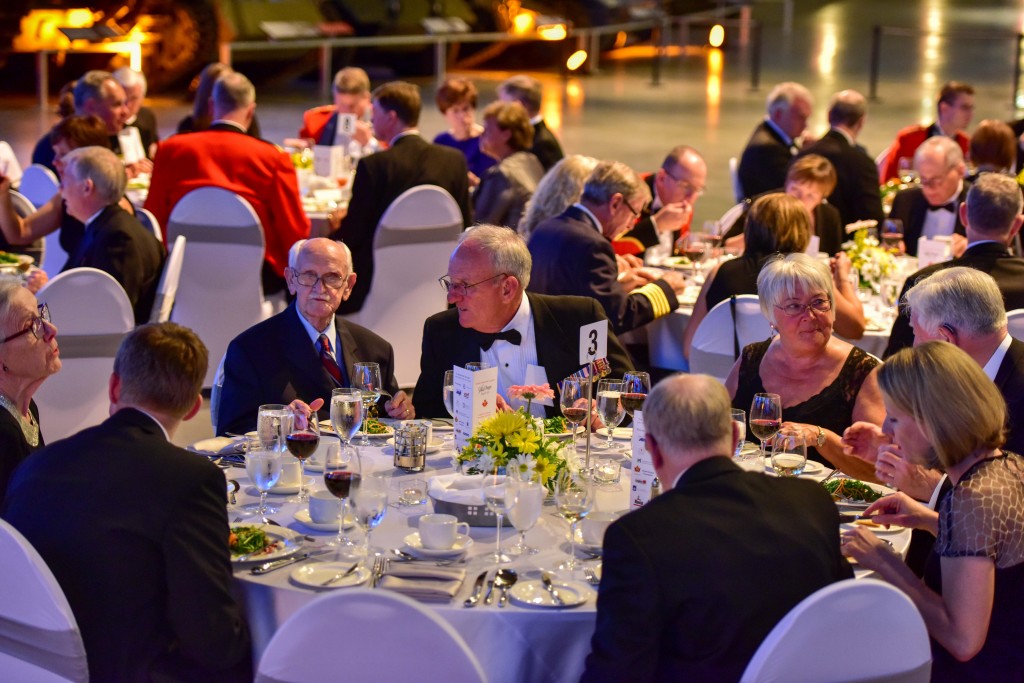 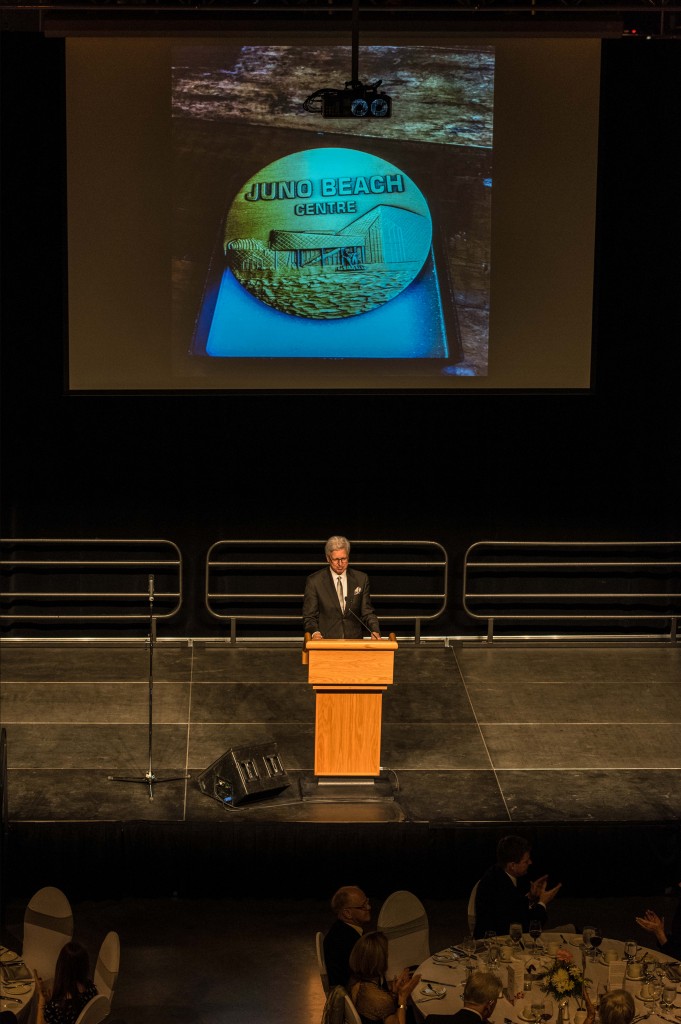 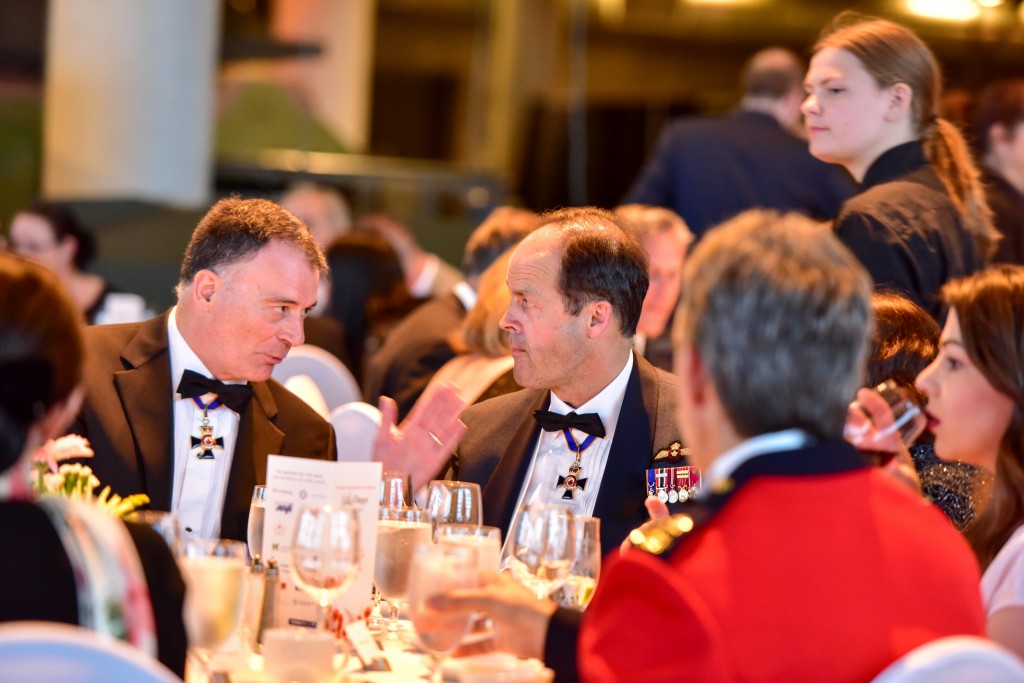 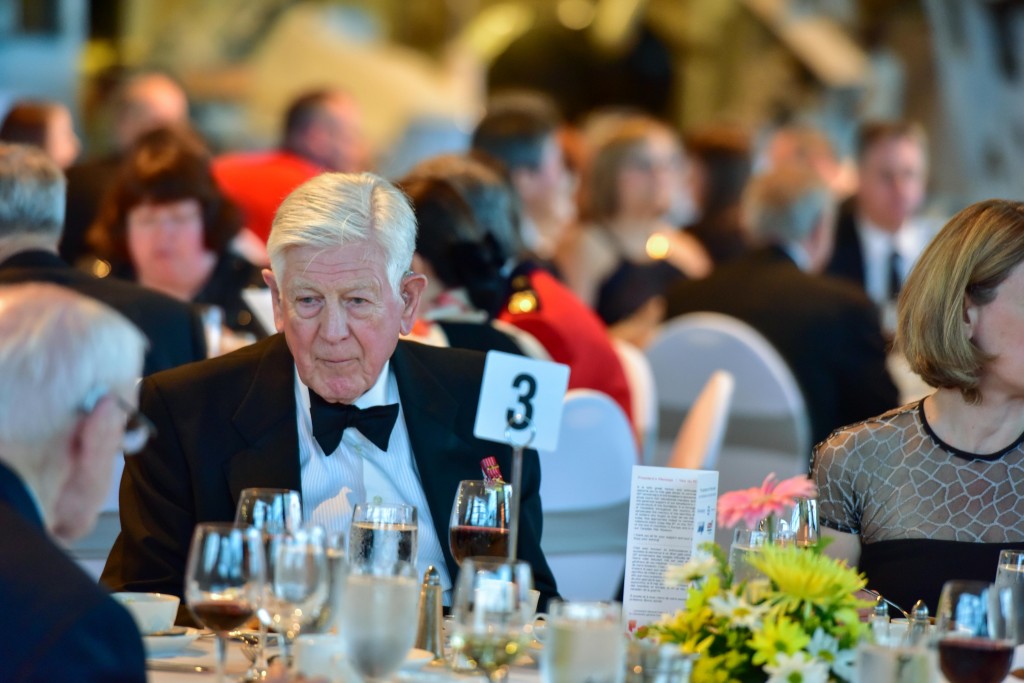 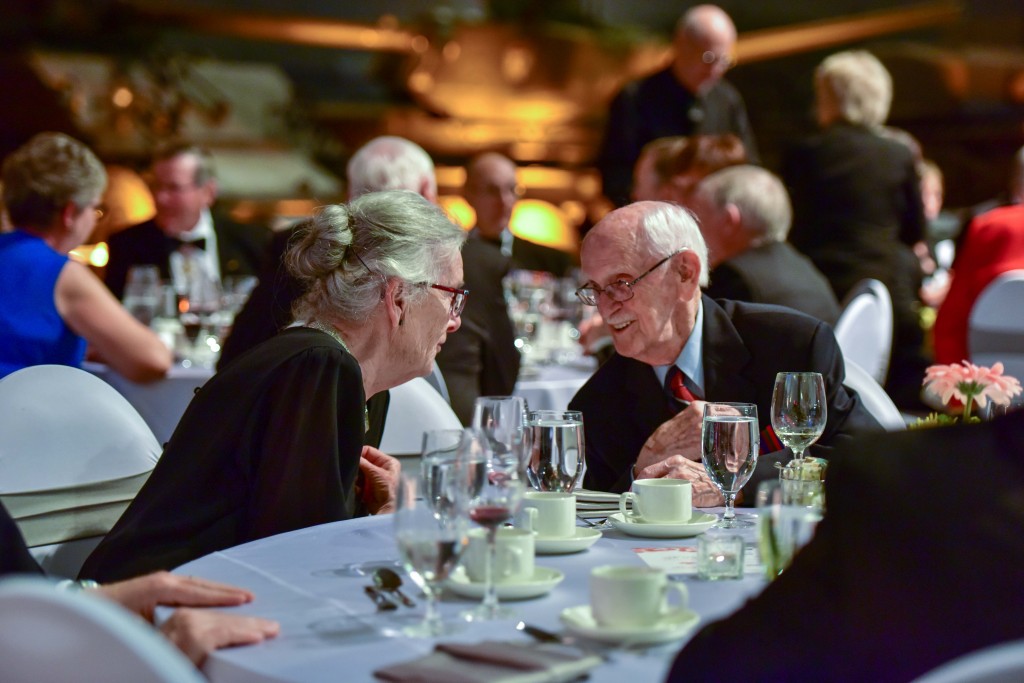