Today was the Canadian Battlefields Foundation’s ceremonial day so we had a chance to continue the commemoration of the Normandy campaign that began yesterday with the 72nd anniversary of D-Day. We began the day by driving to Caen where all of our ceremonies would take place. First though, we visited the Mémorial de Caen. It’s a museum that commemorated not only the Normandy Campaign but also encouraged visitors to consider the juxtaposition of peace and war.

This was emphasized by discussing not only the military dead but all those who contributed to the estimated 50 million people lost in the Second World War. This toll included the Jewish, and Roma populations of Europe. It included Resistance fighters, and political dissidents. It also included many civilian casualties, both of Allied bombs, and Axis bombs.

This list is far from exhaustive and something that was really emphasized today is that all these lives should matter. While it’s often simplified into terms of good or bad, or us versus them, ultimately these were all people. They were fathers, mothers, sons, daughters, brothers, sisters, wives, and husbands.

This realization made me feel quite reflective as we moved on to the official foundation activities in the afternoon.

At lunch, I had the opportunity to sit with some local supporters of the foundation. We conversed in French and I was able to hear from them many stories of the veterans they have met over the years. This made me feel quite fortunate to speak French. It’s been an advantage throughout the trip but today, speaking to so many people who had stories to share and being able to hear them, was incredible.

Following lunch, we walked out to the Canadian Garden at the Mémorial for our first ceremony. It would focus on “Education,” one of the three values of the foundation. I participated in the laying of the gerbes, along with 4 other participants. Truly being involved in the organization of the ceremony made me feel a lot closer to the act of remembrance and it’s something I hope to continue when I return home.

Our next ceremony was an opportunity to “commemorate” the liberation of Caen. For one of my friends, Emilio, this was fairly emotional because his great-grandfather actually participated in this event with the 2nd Anti-Tank Regiment. He died later that month on July 20. We will be visiting the site of his grave later this week and Emilio will have a chance to tell us all about his great-grandfather, as well as being only the second person in his family to visit the grave.

This personal connection was a theme of the day, as our final memorial was at l’Abbaie des Ardennes. This is a very emotional place for Canadians because it commemorates the location of the murder of 20 Canadian POWs. After being captured and asked questions, the 12th SS Panzer Division executed all of their POWs save one who understood German and was able to escape. However, we can continue the finality and horror those young men felt as they heard their friends being shot or clubbed to death and knowing their turn was next.

The only reason we know of this horrific event is that after the war, the family who owned the land realized that their snowdrops were springing up in new places. They thought that during the occupation, an arms cache might have been buried. Unfortunately, it was something arguably both more and less permanent. The memory lives on but the families would continue to bear the grief of their children, turned to dust. And today there are still snowdrops in that garden, and it was filled with both Canadians and local French and we were there to remember. And I will tell this story, and all the stories I’ve learned so that as those snowdrops continue to grow, those memories will grow as well.

I am writing this from my home on Wolfe Island as we all begin to move to the APOE (Air Port of Embarkation – I will try to keep acronyms to a minimum). Much packing and re-packing and decisions over whether I really need a raincoat – probably yes – and whether it will fit in the bag- probably no. I am sure all of the students are excited and making their last minute preparations. I have been on many of these tours but each one is unique because of the students. A new group every year with new perspectives, ideas and questions. Don’t let anyone tell you that all history is written – new historians write new history. I am looking forward to seeing the many loyal friends of the Foundation in Normandy, and to visiting the Canadian cemeteries where so many young men lie forever. Studying history on the ground where it occurred and then being able to visit the graves of those who paid the price in blood for the decisions m 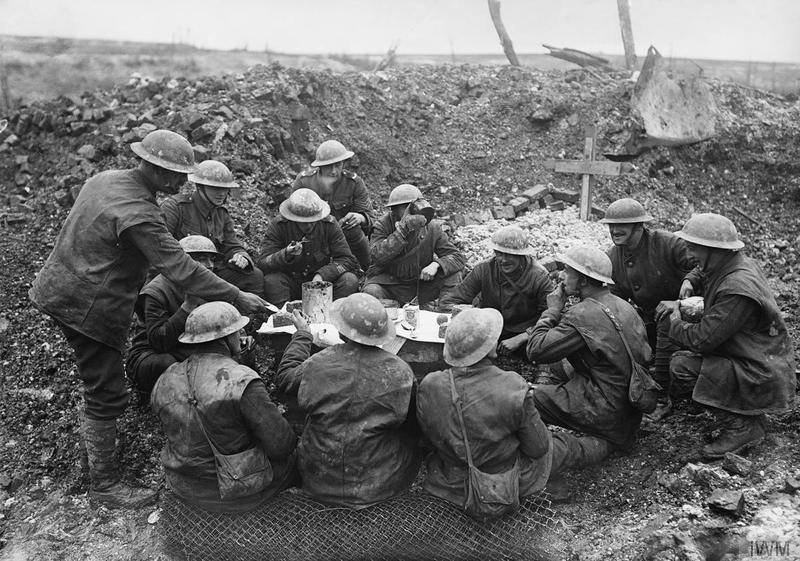 ade so many decades ago is a rare privilege and one that I do not take lightly. There are some graves I visit every year – and some I discover each year. The stories that the students tell of their soldier bring home the true cost of war.

The students of CBF Tour 2016 will write their impressions of the trip as we progress from Ypres, to Arras, on to Dieppe and then Normandy. We will attend some ceremonies in Normandy and run our own three ceremonies on 7 June. There will be a new post each day – check in on us and leave a comment or two. We will remember them.

The group for 2016 Canadian Battlefields Foundation Study Tour has been selected. Here is the list of the twelve students selected and their affiliated universities:

Make sure to check the website for blog updates of the Tour, starting on May 27th to June 12th 2016.

The CBF is no longer accepting applications for this year’s tour. The Foundation would like to thank all those who applied.