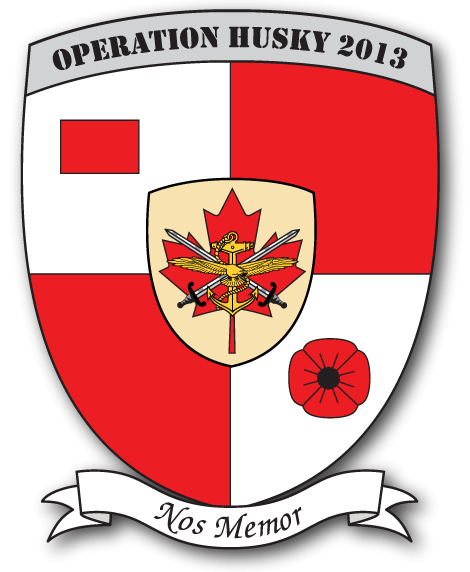 To commemorate the 70th anniversary of the battle for Sicily, we are honoring those who fought and those who fell.

Find out what inspired Operation Husky 2013

When World War II was declared late in 1939, much of Europe was already in the hands of fascism. Germany controlled Austria and had already invaded Czechoslovakia. Italy and Spain were under the rule of Mussolini and Franco respectively.

France had bet heavily on the Maginot line to guard their border with Germany, however Hitler’s army never attacked across that border, opting instead to attack through Belgium and Luxembourg, occupying both of them and The Netherlands in the process. By June of 1940, Hitler’s army had control of Paris, as well as Denmark and Norway.  Germany had signed pacts with Italy and the USSR. The Soviets controlled the rest of Eastern Europe and had taken over Finland, while Italy was attacking Greece and expanding into North Africa.

By April of 1941, fascist domination of Europe was virtually complete. The Allies had no foothold in Europe. While the Allies battled to stop the advance of the Axis powers in North Africa, the war largely took the form of battles at sea and in the air. The only time the allies set foot on European soil was during the disastrous raid on Dieppe, when scarcely anyone made it beyond the beach.

For the next attempt at an invasion of Europe the target was Sicily. The operation was codenamed “Husky”.

The Allied forces, including more than  25,000 Canadians landed near Pachino on July 10th, 1943. The early stages of the invasion went more smoothly than expected thanks in part to a brilliant piece of deception by British intelligence which came to be known as Operation Mincemeat. Still, 1st Canadian Division lost 10 men that day.

Operation Husky 2013 will begin on the  beaches of Pachino on July 10th, 2013.  Organizers assisted by pipes and drums, will unveil a new war memorial to the memory the Canadians who landed there on that date 70 years earlier. From this point the Symbolic March will begin. Support this project by attending the ceremony or by making a donation to Canada’s legacy in Sicily.

The Canadian infantry advanced, largely on foot  due to the ships carrying their land transports having been torpedoed en route. As they moved deeper into Sicily’s fiery interior, Italian resistance was limited. By mid-day on July 12th, elements of various Canadian battalions were probing into Modica. In the town’s central plaza, they discovered hundreds of Italian troops waiting to surrender. Before the day was through, the general commanding the 206th Coastal Division came forward to give up. This largely marked the end of Italian resistance in the Canadian sector of the invasion.

There were still hundreds of kilometers to cover and two well entrenched German Armies to content with. The Canadians secured their objectives one after the other, Ragusa, Grammichele, Valguarnera and then Assoro.

Of particular note is the Battle of Assoro (click on the text to read more) where,  in the words of Farley Mowatt, “each man performed his own private miracle”.The Canadian forces scaled cliff leading up to a German garrison established in an ancient Norman fortress.  German command had considered an approach from the cliff side to have been impossible and therefore it was scarcely defended. The Canadians who embarked on that climb were embroiled in a race against time since they needed to arrive at their target before sunrise or risk being completely exposed to enemy fire with no cover.

To learn more about Operation Husky 2013, please visit our website.